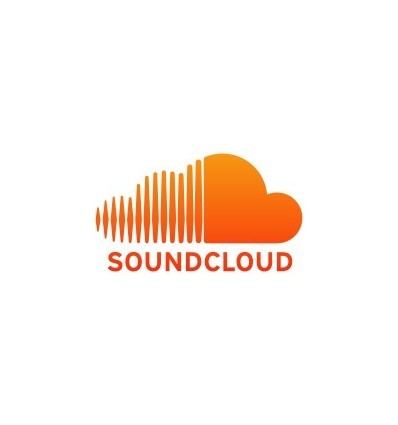 - We provide your SoundCloud account with real German followers

- Increase your trust with followers from Germany

- Every SoundCloud subscriber is a real person, no bots etc. are used

By buying this product you can collect up to 4 loyalty points. Your cart will total 4 points that can be converted into a voucher of $ 0.91.

The large number of followers on SoundCloud is the unit of assessment for the account (the channel) and the tracks presented. The more followers - the more popular and well-known a profile is.

For the most part, well-known musicians have an army of thousands of fans of their creativity, which is growing rapidly due to natural interest and "herd instinct". At the same time, it is difficult for newbies to promote their profiles from the ground up, attract the attention of a large audience and become popular.

To remedy this and to gain a foothold in the world of modern music, SoundCloud can be bought cheaply. If you are actively using the site to get your name and creativity known, the first thing you should do is increase your SoundCloud followers. We offer the ability to add followers to your channel quickly and inexpensively.

Buying SoundCloud subscribers - who needs them and why?

If you don't want to spend time on your own promotion in SoundCloud, then paid subscribers, plays and likes are what you need. You can order advertising right away and just watch your profile and title grow in popularity.

The site's users choose the most popular accounts with a large audience. New channels rarely attract attention. So if you get more followers, your profile will become more successful and in demand. SoundCloud followers and likes make the most of your project, regardless of its scope or the direction of your creativity:

SoundCloud subscribers from our network are not bots or fake accounts, but a natural person behind every profile. They are real music lovers who use the Soundcloud platform and subscribe to your profile immediately after ordering the service.

We let the number of followers grow slowly and naturally, so that there are no problems with SoundCloud.

Soundcloud Follower is a paid service that has already helped thousands of users on Soundcloud take their channel to the next level.

You can order SoundCloud followers in a small amount first to evaluate the level of service of our promotion and to ensure that the service really works. For best results, add followers, likes, and plays at the same time.

If you are interested in a quick promotion, hurry up to get subscribers on SoundCloud. The paid advertising will help further engage the target audience - hundreds of active users of the platform.

To effectively nurture your creativity, you need to have an "army" of fans on SoundCloud. It is not easy to get support from followers. If you are interested in real SoundCloud subscribers at a low price, register at LikesKaufen.eu and buy SoundCloud subscribers from Germany. In this way you will increase the popularity of your account, increase the activity on the page under "Tracks" and the level of indexing, as well as the income from the sale of your creativity.

Our experience shows that SoundCloud users avoid profiles with a low number of followers. At the same time, accounts with a large audience are always in demand. By gaining SoundCloud followers, you can increase the loyalty of your page and reach your target audience in no time.

1 other product in the same category: